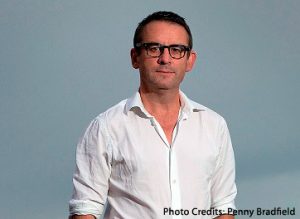 “I have always tried to work out a way of coming up with a single image or analogy or a metaphor, that makes it really clear to a non-specialist, the phenomenon of hearing that piece of music”

The conductor and author, Paul Kildea, hails from Canberra. He studied piano and musicology at the University of Melbourne before completing his doctorate at Oxford.  Since his Opera Australia début in 1997, he has conducted many of today’s great artists in opera houses and concert halls throughout Europe and Australia.

In 1999 he was appointed Head of Music at the Aldeburgh Festival and, in 2003, was named Artistic Director of one of London’s most prestigious concert venues, Wigmore Hall.

Paul has also written extensively on music and culture in the twentieth century.  His first three books feature the music and work of the composer, Benjamin Britten. The third, a biography, “Benjamin Britten: A Life in the Twentieth Century”, was published in 2013, the composer’s centenary year. The Financial Times considered it, ‘unquestionably the music book of the year’.

Paul’s latest book, “Chopin’s Piano, A Journey through Romanticism,” has just been published. It tells the captivating story of Frédéric Chopin and the fate of his Majorcan pianino, the instrument he used while residing on Majorca, where he wrote a number of his renowned “24 Preludes”. It traces musical Romanticism from the early nineteenth to the mid-twentieth century. Among its protagonists are Chopin and the French novelist, George Sand, while the unexpected heroine of this book is the great keyboard player, Wanda Landowska, who rescued Chopin’s pianino in 1913.

At the heart of this book’s 24 chapters, are Chopin’s 24 Preludes. It follows the instruments on which they were played, the pianists who interpreted them, and the traditions they came to represent.

But it all begins and ends with the Majorcan pianino, which became a much-coveted cultural artifact during the Second World War, when the Nazis saw it as a symbol of the man and music, they were determined to appropriate as their own.

In this edition of Tall Poppies, Paul Kildea talks about his latest book and rising to the challenge of finding the right words to describe music. He also recalls the time in his life when the adjective – Australian – was not a positive one and shares his insatiable passion for Australia.

Be the first to review “Paul Kildea, Author and Conductor” Cancel reply

“I have always tried to work out a way of coming up with a single image or analogy or a metaphor, that makes it really clear to a non-specialist, the phenomenon of hearing that piece of music”.
Music Selections

Add to Wishlist
Email to a friend
Categories: Literature, Music 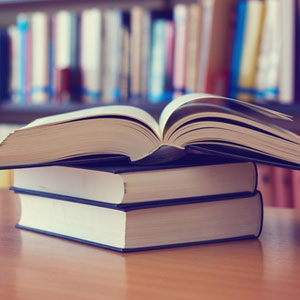 Literature
Peter Singer, Philosopher
Much of Peter Singer’s career has been devoted to social and political causes, most notably animal rights, but also famine and poverty relief, environmentalism and reproductive rights. iTunes

Music
Barrie Kosky, Theatre & Opera Director
There are not many stage directors in the world who, in the space of six months, have directed Wagner’s “Die Meistersinger von Nürnberg,” Debussy’s “Pelléas et Mélisande” and the musical, “Fiddler on the Roof.” But that is exactly how Barrie Kosky spent the second half of 2017. What’s more, this is a typical schedule for the energetic Melburnian.
Music Selections
iTunes